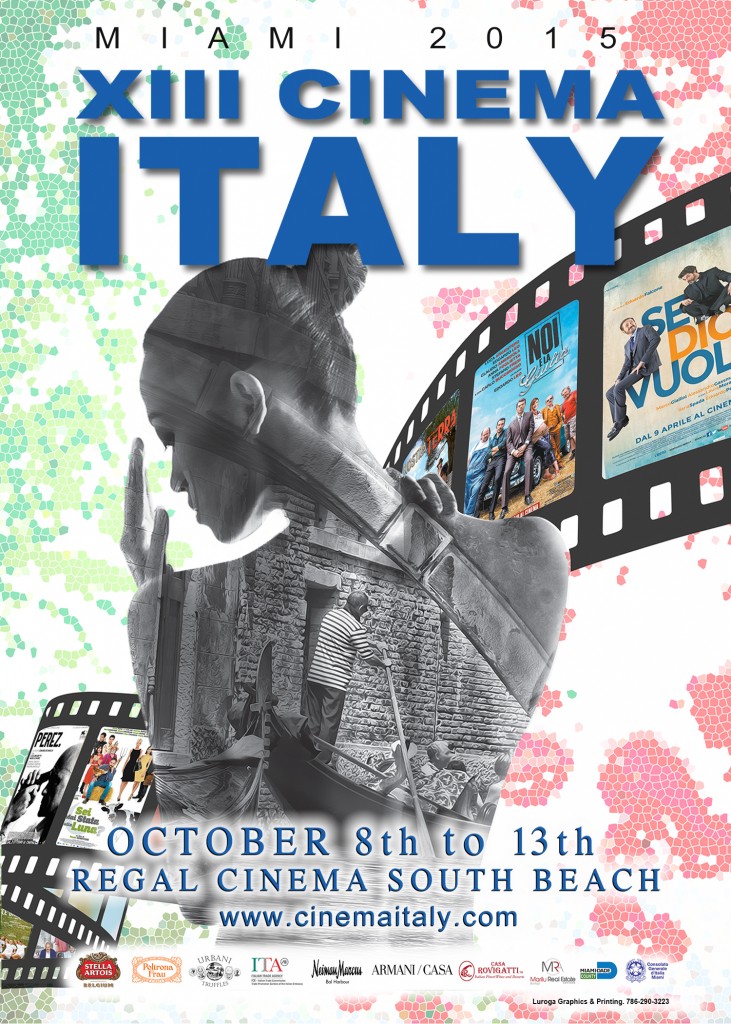 A look behind the curtains, respectively behind the evolution of this year’s visual

We are delighted to unveil this year’s visual and to share the exciting story behind its creation, as it has been designed in close collaboration with Keiser University and its graphic design students – led by Dr. Hanan Abdallah.

We launched a competition among KU’s graphic design students to create the actual CINEMA ITALY visual, with the aim to stimulate and promote growing talents by offering them a platform for demonstrating their capacity to capture an idea and transform it into art.

The diversity of the entries as well as the muse and creativity of these growing talents was just remarkable! Finally, the artwork of Andres Enrique Revueltas won this year’s competition to design the visual for XIII CI Miami and X CI Atlanta.
Andres Enrique took his inspiration to honor the longest continuing running film festival in the world – Il Festival del Cinema di Venezia in its 72 year – by artfuly integrating images to pay tribute to the “grandfather of all festivals”.

CINEMA ITALY recognizes Andres Enrique Revueltas and his winning work.
At the same time, we are pleased to support and promote growing talents through our platform and we are already curious to see more of them… 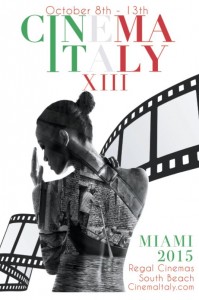 ANDRES ENRIQUE REVUELTAS, graphic design student at Keiser University and WINNER OF THIS YEAR COMPETITION to design the visual for the XIII CINEMA ITALY Miami and the X CINEMA ITALY Atlanta.