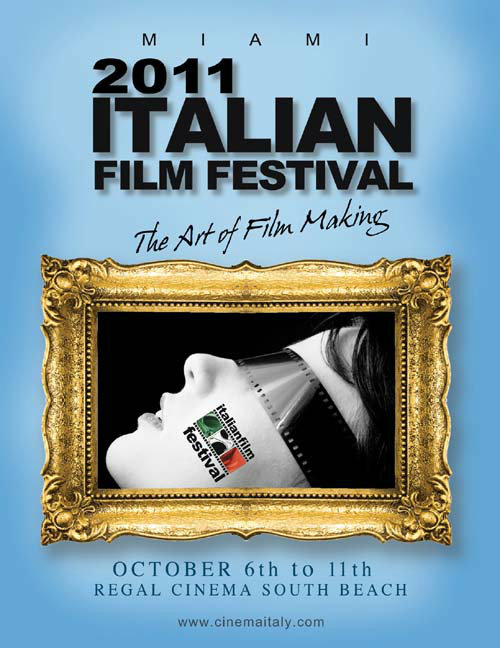 And the winner of the 2011 Miami Italian Film Festival is ...

THE ITALIAN FILM FESTIVAL HAS ENDED WITH ONE OF THE BEST PERFORMANCES EVER!!!

ELEVEN FILMS, SIX FULL DAYS WITH FOURTEEN SCREENINGS, AFTER PARTIES EVERY NIGHT AND OUR SIGNATURE OPENING PARTY AND CLOSING DINNER AND AWARD CEREMONY SERVED AS BACKDROP TO SOME OF THE BEST FILMS IN OUR NINE YEARS HISTORY.

This ninth edition was inaugurated with the classic ribbon cutting performed by Miami Beach Mayor Matti Bower in front of the film Producer, the Festival Director and many personalities and public, and closed by Miami Beach Commissioner Jerry Libbin delivering the Keys to the City of Miami Beach to Claudio Di Persia, Festival organizer, and a proclamation to departing Ambassador Marco Rocca. But the real winners were the audience who enjoyed the films and festivities and demonstrated their appreciation with some of the highest votes in the Audience Choice Award for the coveted Best Film Award. And without further delay here are the highlights of that vote:
The romantic comedy “Matrimoni e altri Disatri” received a 7.786
Rocco Papaleo’s film debut “Basilicata Coast to Coast” with 8.459
Academy Award Winner Gabriele Salvatores received an 8.482 for his “Happy Family”
Our Closing Film, “Il Padre e lo Straniero”, achieved an 8.716
And the romantic film “Dalla Vita in Poi” received an outstanding 8.853
But the winner, tying the best film of nine years of programming (Manuale d’Amore in 2005) was the whimsical “Immaturi” with an almost perfect score of 9.7118

And the best news is that part two will be ready in 2012 and is already secured for our tenth edition.
Thanks to all for participating and don’t forget to come to our free screenings at the Tower Theater every third Thursday of the month.