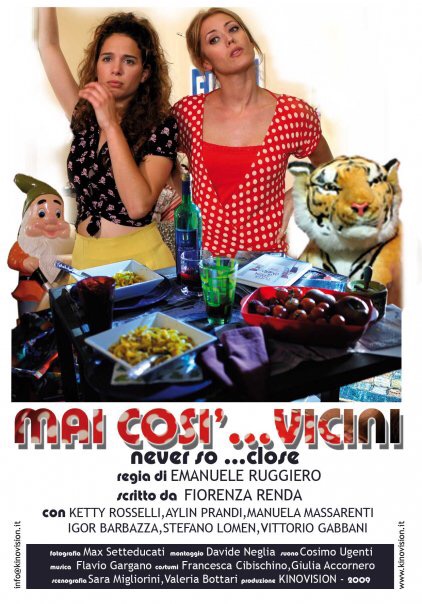 And the Winner of the 2010 Miami Italian Film Festival is ...

Our Eighth Edition was launched with a great selection of quality related events that included the return of Life is too Short that now includes an award for Best Short Film, a two day section dedicated to documentaries, a tribute to Gina Lollobrigida, a cocktail at the private residence of the Consul General of Italy as well as a diner with the Italian American Chamber of Commerce and much more. But a Film Festival is about Films and what a selection we had this year. Of the ten Films in Competition three ended up neck and neck for the top prize and, as always, the audience spoke.

In Third place, with 9.138, Carlo Verdone’s “Italians”; in Second place, with 9.229, the first feature film by new Director Edoardo Leo “18 Anni Dopo”; and in First place with an outstanding 9.252 Director Fausto Brizzi “Ex”, a comedy divided into episodes that intertwine and revolve around the matters arising from the end of a love affair.

The winner of Best Short Film is “Mai Cosi` Vicini” Directed by Emanuele Ruggiero. A great audience participation voted 8 of the 10 films with 8.5 and above making our 2010 program the most successful ever.

Thank you for your vote and support and stay tune for our monthly screenings at the Miami Dade College Tower Theater.