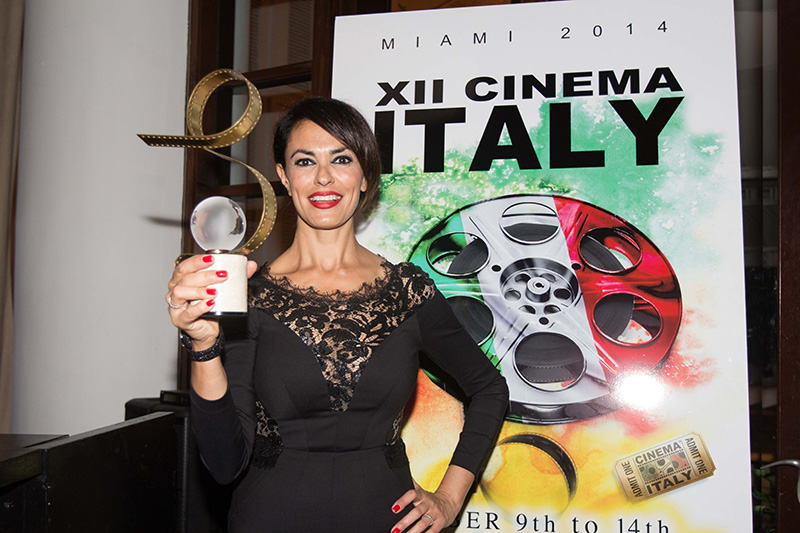 Last night the festival came to a close hosted by our guest of honor and madrina of our twelve edition Maria Grazia Cucinotta in the presence of our sponsors and VIPs.

I want to particularly highlight our main sponsor MSC Cruise Line, if you enjoyed our cinema you would love a cruise in the Divina, a true Italian experience on the sea. Stella Artois sponsor of the major Film Festival around the world and now also Cinema Italy, Alitalia, the official airline of Cinema Italy, Roca Gonzalez PA, Valitalia and the Italian Trade Agency which sponsored the Opening Night activities among the many that made this edition possible.

It is very difficult producing a good film program, we screen 50 or 60 film in their entirety to secure the best ten to present in our festival and then we await your judgment on our effort to bring you the best as you the audience select the winner of our festival with your vote. And the results are in. With me to present the Best Film Award who better than Maria Grazia.

And the winner is….

With an audience vote of 8.32 Rocco Papaleo comedy Un Boss In Salotto

Rocco Papaleo strikes again with 8.75 in the romantic comedy Una Piccola Impresa meridionale, maybe he should move to Miami

Last year Italy won the coveted Academy Award for Best Foreign Film with La Grande Bellezza, are we in line to get two in a row? Winner of 24 awards in 2014 and now 25 with Cinema Italy Miami
With 9.49 the winning film is IL CAPITALE UMANO