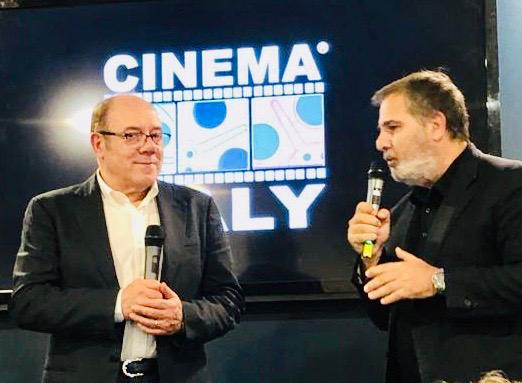 October 20, 2019
We look back on a varied film-line up. At the same time, we shine the spotlight on this year’s winning film which has been voted by you – our dedicated audience: AND THE WINNER IS…

In third place with a score of 8.45:
‘Nessuno Come Noi’ – who said that love is dead was wrong

The runner up with a score of 8.81 and incredibly
based on a true story the romantic comedy: ‘Metti la Nonna in Freezer’

And the winner of the XVII edition with a score of 8.89
yes, you did predict it, ‘Benedetta Follia’ of Carlo Verdone

Carlo Verdone best film as director and best actor “Benedetta Follia” receives our awards during the 14th international film festival in Rome. Presented by our representative in Italy, Antonio Flamini of ITALE20.