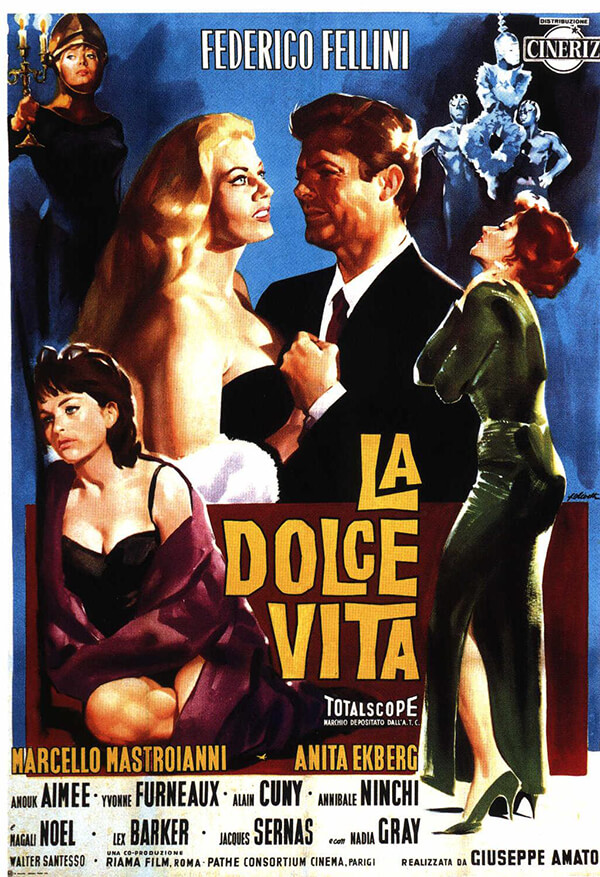 IT WAS APRIL 19th 1961, WHEN THE FIRST COPY OF FELLINI’S MASTERPIECE ARRIVED IN AMERICA. Coming from a stunning win of “La Palme D’or” at the prestigious Cannes Film Festival and still censored in Italy and Spain, in Spain it would not be shown until 1975, Fellini’s story was told in a handful of theaters across the US and the Rialto in Atlanta was one of them. What more fitting tribute to 50 years of the Dolce Vita of Italian Cinema in the Americas than bringing back to the Rialto Center for the Arts on the Opening Night of our fifth edition in Atlanta this piece of history that opened the window to the world for Italian cinema. In collaboration with Instituto Luce and Cinecitta, our national film archives and the Italian Film Studios, we have found an original 35mm copy with English subtitles that will be used to show again Fellini’s most critically acclaimed work. The Festival will feature 6 additional 2009/2010 Award Winning films from new comers and Oscar winning directors with a good mix of comedy, romance and drama, we hope you enjoy our selection and to see you at the Rialto. If you appreciate  our efforts, help us spread the news.