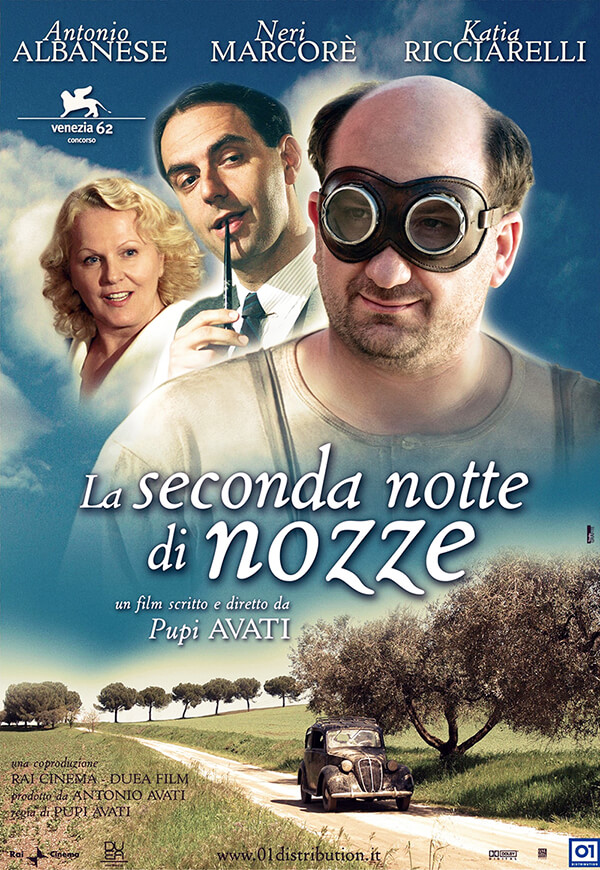 Atlanta Italian Film Series at Cinefest for the Month of January

On Thursday January 31st in its new time at 7:00pm we will be screening the film LA SECONDA NOTTE DI NOZZE (The Second Wedding Night) directed by Pupi Avati this award winning film stars Antonio Albanese, Neri Marcore, Katia Ricciarelli and Angela Luce.
Italy, at the end of the second world war. Liliana, a widow, is forced to leave her hometown Bologna, along with her son Nino, because of severe financial hardships. The two of them move to Puglia, and go live in her brother-in-law Giordano’s farmhouse. Giordano, the brother of Liliana’s late husband, had in his youth been madly in love with her. Their arrival wreaks havoc in the life of the fragile Giordano, and upsets the usual farmstead routine, it also awakens the bitterness in the souls of his two elderly aunts, Suntina and Eugenia, who still bear an intense grudge against Liliana’s family…
In Italian with English subtitles.

La Seconda Notte di Nozze participated in a number of Film Festival across the globe including Shangai, Venezia, Rio de Janeiro, Cairo and New Zealand.
It was also an official selection in our own Festivals in Miami and Acapulco in 2006.

In collaboration with Georgia State University, the Societa Dante Alighieri and I Giovani Colti, the Georgia State Italian Club, are proud to invite you to the “Italian Film Series” for the third year running. This selection of film screenings will be held the last Thursday of each month at 7:00 pm at CineFest Theatre leading to the seventh Cinema Italy, Atlanta Italian Film Festival, which will be held in Spring 2013. To receive this information in advance every month click on contact us and sign up for our Newsletter.