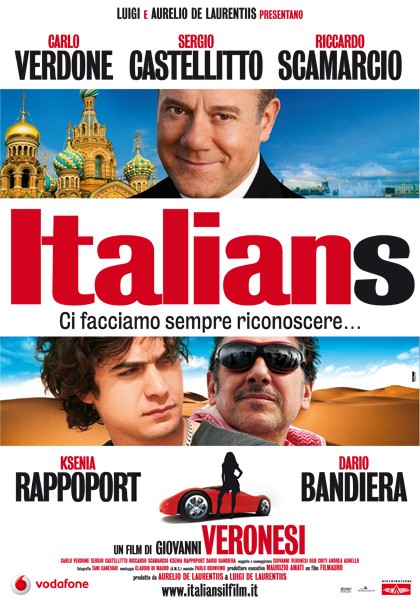 And the Atlanta 2010 Italian Film Festival Winner is ....

The Fourth edition of the Italian Film Festival grew with the addition of Short Film and Documentaries at Cinefest but more importantly and based on your feedback of previous years, it featured more and better films in competition for the Best Film Award. A great return of voting cards from the audience gave a high 7.3 to Alza la Testa; 7.5 to Il Compleanno; 7.6 to La Casa Sulle Nuvole; and an even higher 8.2 to Cemento Armato and 8.3 to Mar Nero; but the highest votes of the last 4 years were reserved for the two top films.

The trio Castellitto/Scamarcio/Verdone received a 9.0 for their performances in Italians and a 9.388 was given to Director Pupi Avati for his Master Piece Il Papa` di Giovanna giving him the top prize for this edition.

Thank you all for participating and making this year a great success. We are already planning a bigger and better Festival for March 2011 with plenty of surprises and great films.