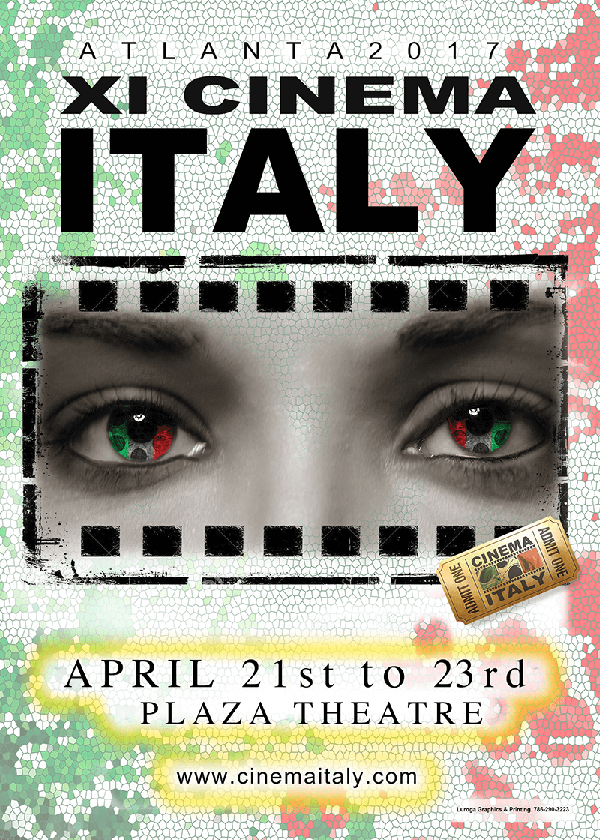 The wait is over! The 11th edition of CINEMA ITALY Atlanta starts tonight!
From April 21st to the 23rd, six new, current season films will be screened in competition for the Best Film Award at the legendary Plaza Theatre.
A diverse mix of romance, comedy and drama features the lineup, showcasing this year’s most awarded films.

Join us for the opening film tonight at 7:30 pm:
IO CHE AMO SOLO TE, a delightful comedy drama by Marco Ponti
Click here for the trailer